The latest government reports on retail buying and consumer confidence have a rosy glow about them. And with evidence of “solid economic growth” in the third quarter, it seems Americans are regaining some of the confidence they lost during the recent recession.

The August figures showed an 0.6 percent increase in retail purchases, following an 0.3 percent increase for the previous month, according to Commerce Department figures. In 11 of the 13 categories tracked by the department, there was improvement.

Michelle Girard, chief U.S. economist at RBS Securities Inc., Stamford, Connecticut, said, “Consumers are feeling better about the outlook for the economy, certainly, and that’s one of several factors that is supporting the better spending numbers.”

Contributing to the optimism is the improving job market, rising stocks and stabilizing home prices, along with a dip in fuel costs. Looking at the factors combined, experts are raising their forecasts for this quarter’s economic growth.

The Federal Reserve may raise interest rates sooner than was expected as the economy shows signs of returning vigor.

Consumer confidence is at the highest in more than a year, according to Thomson
Reuters/University of Michigan figures. The index for this month rose to 84.6, the highest since July 2013. A projection of expectations shows that more Americans are feeling more confident about the country’s economics than they expressed in the July 2013 surveys.

“The consumer is in decent shape right now,” said Gus Faucher, an economist with PNC Financial Services Group Inc. in Pittsburgh. “e are looking at solid economic growth in the third quarter.”

The annual back-to-school and back-to-college shopping sales appear to have validated the forecasts of improved sales, although they are still being analyzed.

Last month, some 142,000 workers were added to payrolls. Over the past six months, the increase in workers has totaled more than 1.4 million. The unemployment rate fell from 6.2 percent to 6.1 percent. But there has been no indication that wages or compensations has risen and that is a factor in government conversations about raising interest rates.

A mid-September meeting of leading federal economists was to look at the current figures and issue new forecasts for the interest rate, as well as projections for economic growth, unemployment and inflation.

The BowsNBags blog presents retail store owners with resources that will be helpful to them in growing their businesses. From suggesting conferences to attend to finding the best sources for their products, we cover a wide range of simple, helpful tips and suggestions for your retail store operations. On our store front at BowsNBags, we provide our customers with all the supplies they will need to wrap packages for customers, to provide shopping bags for customer and to provide retail gift … END_OF_DOCUMENT_TOKEN_TO_BE_REPLACED

Experts in importing and exporting goods are featured on our blog. Why re-invent the wheel when we have so many people who have been down the road of … END_OF_DOCUMENT_TOKEN_TO_BE_REPLACED

Time for ho-ho-holding forth in the kitchen, if you’re one of those who believe that the words … END_OF_DOCUMENT_TOKEN_TO_BE_REPLACED

Twice a year, in February and August, thousands of fashion retailers meet in Las Vegas for the Magic Vegas trade show. The show is the world's largest marketplace for fashion buyers and brands. More … END_OF_DOCUMENT_TOKEN_TO_BE_REPLACED 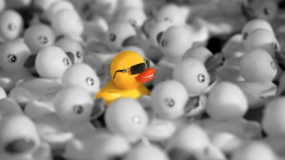 How can you make your unique brand stand out against the competition in the retail space? Little Things Could Make A Big Difference For instance, … END_OF_DOCUMENT_TOKEN_TO_BE_REPLACED

Everyday gift wrapping paper can cover birthday presents, wedding presents, "I Love You," presents or any presents you need to give for those special … END_OF_DOCUMENT_TOKEN_TO_BE_REPLACED